Well, not really a fable. There are no lesson-learning animals or anything, but it rhymed, and I like a rhyme.

So, I showed you my little plasticky, grime-coated orange chairs. When I positioned them in Graham's room, the only place they'd fit--under the window beside his bed--required moving his toy box (which also functions as a bedside table) somewhere else, which meant moving his bedside lamp, unless I could find a little table to squeeze in between the chairs. Whew, run-on sentence! Are you still with me?

Anyway, I needed a tiny table in somewhat of a drum shape, one that would come in a bit in the middle to allow clearance for the chairs. Every centimeter matters in this tiny bedroom. In my head I wanted something kind of like a mini Saarinen tulip table, but oh, my God, seriously? Six HUNDRED dollars for a kids' table? 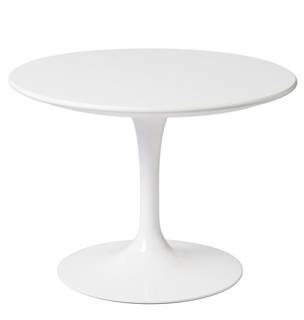 Um, I didn't spend six DOLLARS on the two chairs to go on either side of it? Oh, but wait! You can get the kids' version of the oval tulip table (you know, for craft time or Legos or scraping boogers out from under--sorry, just keepin' it real) for just $1519! That's one thousand, five hundred nineteen dollars. But they'll throw in free delivery, so it's really quite the bargain. I think it goes without saying that this table won't be coming to my humble home.

I liked the looks of the Sasha Stool from Italia Modern, and when I was pricing it, it seemed reasonable at $39.99 (it's since gone up on Amazon). 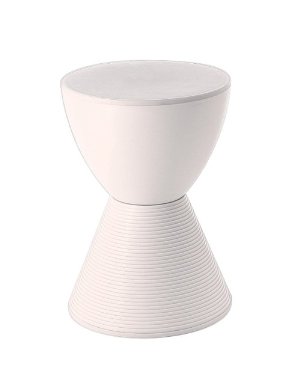 It had the right hourglass shape, it's made of durable plastic, and it could double as a stool (I always appreciate double-duty furniture). One of the reviews even mentioned using it as a shower stool, which I thought was clever. But after shipping, the cost topped fifty dollars. I'm not saying fifty dollars is unreasonable at all, but for something my crazy three-year-old is inevitably going to climb upon and hurl himself from, I thought I could do better.

I looked around at eleventy million online shops and blogs, and then I just Google-image searched "drum stool" and "barrel stool," among other shapes that seemed similar to what I wanted. The results, however, included a stool from Crate and Barrel. Well, looky here: 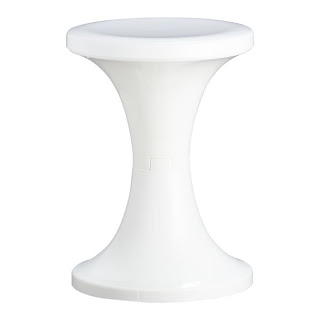 Cute! Strong enough to be a stool, and according to the reviews, a great height for a side table! Also? UNDER SEVENTEEN DOLLARS. FIVE PERCENT of the cost of the first one. I know, I know--one's iconic and sculptural and the other is mass-produced and blah blah blah. But again, let's review:

The Flamingo Stool is on its way to my house as we speak, and I'm really excited to see how it works in the space. And you know what? If it doesn't work in Graham's room? We can use it somewhere else. Even if we only use it for extra seating the 2.1 times per year that someone visits us, that's okay. Because it was $16.95, yo.

Email ThisBlogThis!Share to TwitterShare to FacebookShare to Pinterest
Labels: my house

Plastic Fantastic (nothing rhymes with orange, so . . .)


This all began when Seth and I took Graham to a birthday party at one of those crazy, inflatable, bounce-overload places. Seth walked Graham in, and I stayed in the car to feed Dean. My eye began to wander along the sidewalk of the strip mall where the bouncy place was located, and I spotted a Goodwill. Sitting on the sidewalk in front of Goodwill were some grimy-but-cute chairs, the molded plastic kids' kind.

They were pretty gross, but they were cheap, so I hauled the baby over there, bought the chairs, and maneuvered the stroller back to the car while carrying two chairs. (Side note: I am determined not to buy a new minivan or SUV, but damned if it's not hard to fit two adults, two carseated kids, and ANYTHING ELSE into a Honda Accord).

Somehow we got them home (I think one fit into the trunk, and I had to hold one, upside down, in my lap). Yep, still grimy. 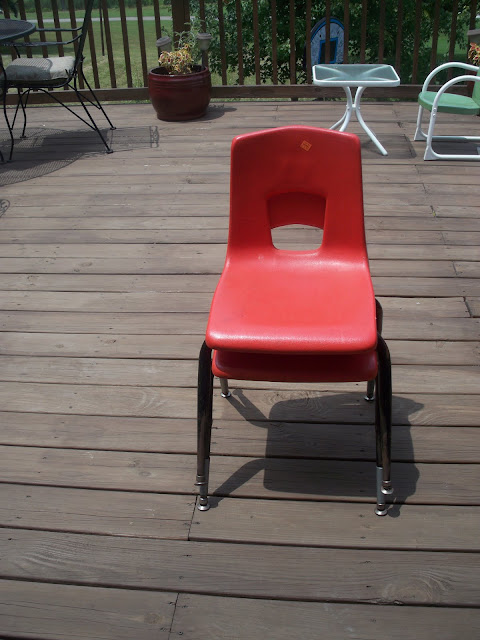 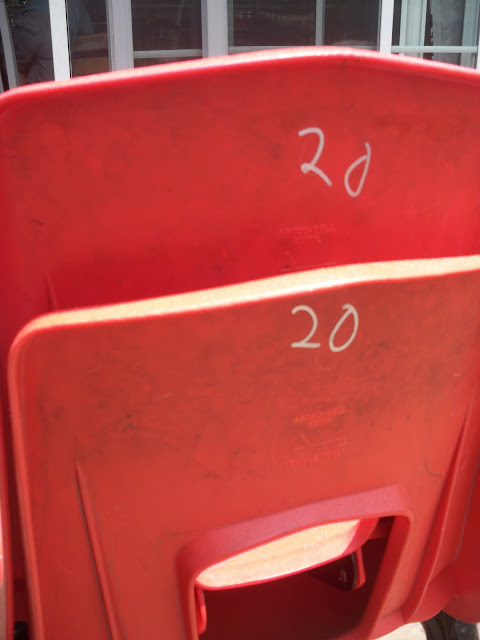 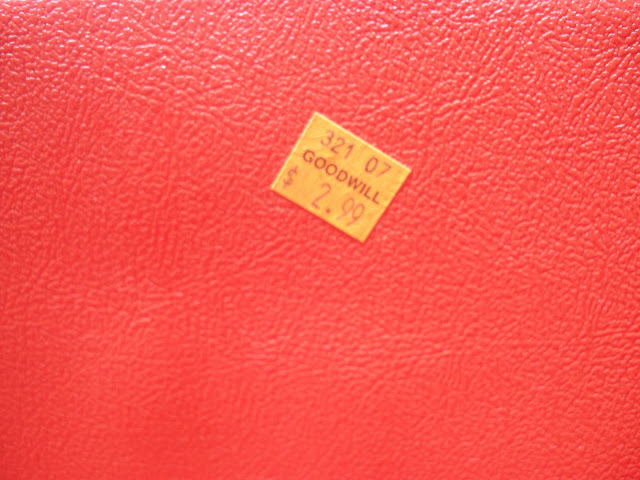 I busted out the soap and water, followed by my beloved Magic Eraser and some elbow grease. After that, they looked . . . slight less grimy? But I like them. I knew I wanted to put them in Graham's ever-so-slowly-coming-together room. We're hanging maps in there with lots of orange in them, and he's outgrown the chair that's currently in there. 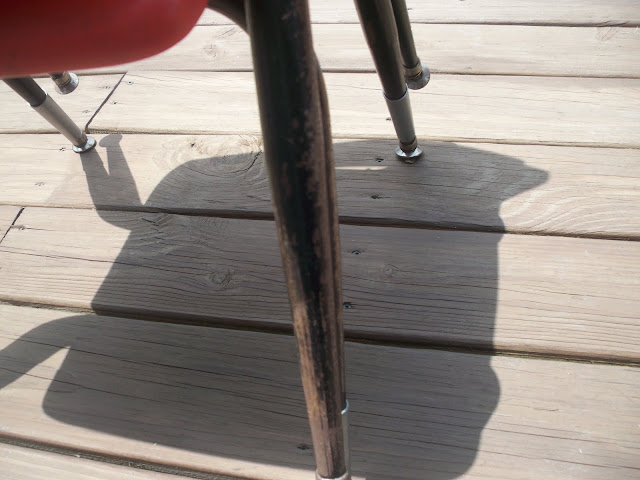 I also want to do something about these nastay legs--either spray paint them or take a Brillo pad to them and scour off all the remaining peely black paint. But I'm excited to show you how they'll look in Graham's room.

The Closest I'll Get to Sewing

Wow, what a total shock yesterday to find my hallway featured on Apartment Therapy! I totally felt like doing the "We're Not Worthy" dance from Wayne's World (and some of those commenters would probably agree, ha. But I can't say that I care. It's just a floor, folks). Anyway, welcome! If I got three new readers from that, then my subscribers have doubled!

So. I am still working on happying up the hallway (remember, these things take eight years time), but my mental home-project checklist is very all over the place right now. I was hunting for picture frames at some neighborhood thrift stores last week, and I spied a super-cute sewing table. I haven't bought it (yet--I'm waiting for half-price day and hoping it's still there), but it reminded me of this genius idea I saw on the Nate Berkus show a while back:


The object of my affection is around 3/4 of the way through. Did you see it? (Smudgy screencaps to follow, but if you've read this blog for any length of time, you are no stranger to smudgy photos.)

Nate (or one of his production assistants) took this sewing table 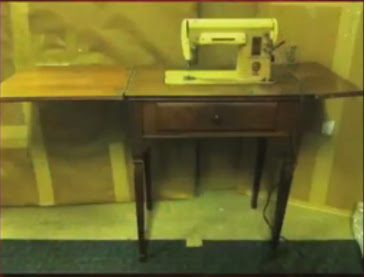 And made it into this adorable, handy workstation! 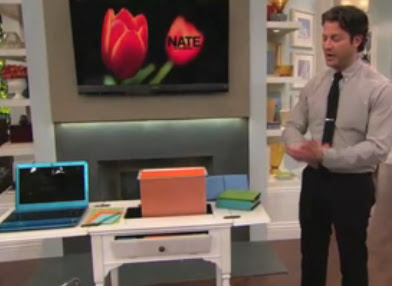 When the little file box hinged and folded into the spot reserved for the showing machine, I squealed. (Seriously. I'm not proud of that.) 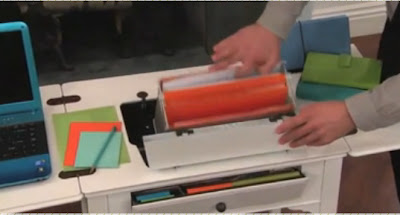 The whole thing folds up to a teensy little table that is just begging to go in my guest room.. 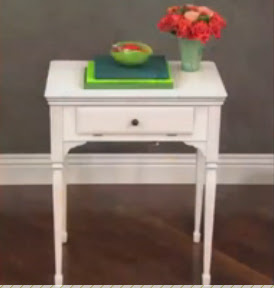 The only problem is, I gave up that guest room for Kid #2 (gah, babies are so selfish, taking away my extra decorating space and stuff). BUT! Seth and I just made a Very Big Decision to dig our heels in and stay in our teeny house in our beloved neighborhood. We decided that if we were going to live there a long, long time, we would invest in making it work for us. Last week, we closed on a refinance that will allow us to convert our unfinished attic into a master suite (waaaaay more to come on this, whether anyone wants to hear about it or not).

After I got over the initial shock and delight that we would have TWO bathrooms, and that my closet would actually be in the SAME ROOM as my bed AND would be larger than a phone booth, I also realized that our current bedroom (and its miniature closet) would be all freed up! The return of the guest room! Well, we typically have two guests per year (hi, Marianne), so it will be used for a little more than that--probably a combination guest room/office/playroom/place to pass out when the kids wake us up in the middle of the night. But I have already been dreaming of what to do with it. There may have been Orla Kiely fabric purchased.

I'm adding this little sewing table project to the Adorably Decorated Guest Room in My Head. Pin It
Posted by Emily at 4:33 AM 2 comments:

Email ThisBlogThis!Share to TwitterShare to FacebookShare to Pinterest
Labels: DIY

Ah, everything always seems so simple in the beginning, doesn't it? Before the third coat of primer, and the fourth re-application of tape? And the running out of tape? And the incorrect combinations of oil and latex paint, in an attempt to save money? And the yelling at the husband and son that "NOBODY GOES TO THE BATHROOM FOR ANOTHER HOUR!" Ah hahaahhaa haaa HA.

Anyway, it turns out that no, it's not easier to use the natural pattern of the floor, and that yes, stencils would have been a hell of a lot easier. But, after approximately 31 coats and nine hours of my life, there was no turning back. 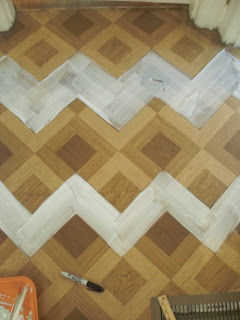 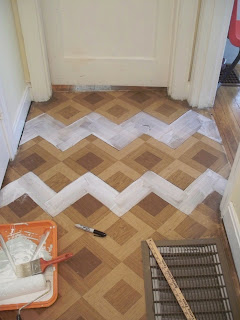 First, I painted a couple different stripes with primer, just to see which width I preferred. After I decided on the narrower stripe, I marked off those widths down the length of the floor with sharpie.


Then I thought I would "paint" alternating zigzags so they would show through the primer, helping me keep track between coats. 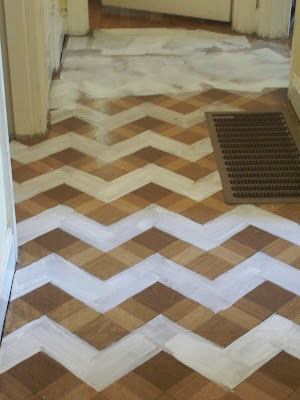 Then I primed over those zigzags. They showed through as I hoped they would. 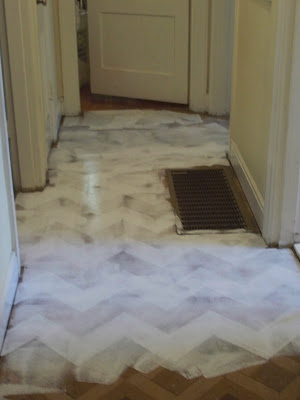 Then I planned to paint the white zigzags over these primer stripes, tape off the rest, and fill in the empty stripes with a marigold color. But using a brush wasn't giving me the smooth result I wanted, so I did the thing I'd been trying to avoid the whole time: taping everything off. 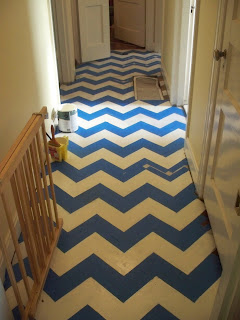 At this point, I was so hunched over from putting down tape that I looked like this: 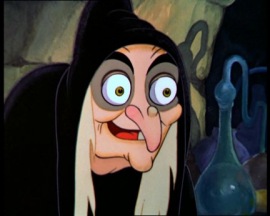 And because of that, and because I was honestly loving the Painters Tape Blue with the white, I suggested that we just polyurethane over the floor as-is and be done with it. But I couldn't convince anyone else of this. (Will someone else paint their floor blue and white for me? Because I really, seriously love it.) 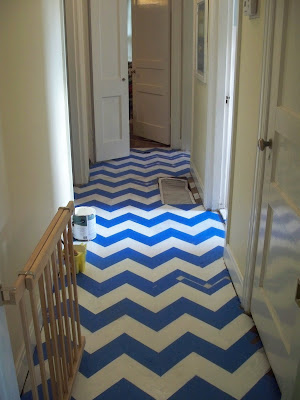 Then, nine hundred more coats of white (which messed up my pretty blue chevrons). In an effort to save money, I used some semi-gloss latex that we already had--Behr Elegant White. This is what's on all the trim in our house. 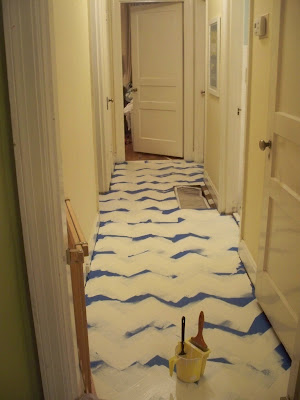 Then MORE taping (and my second tearful apology to my husband for "always messing with everything like this. But I just want things to be pretty." 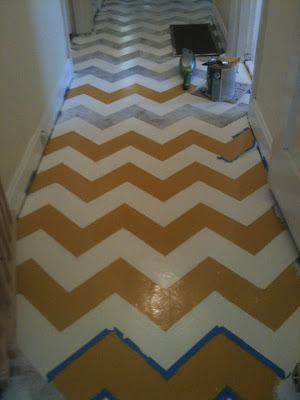 And three coats of yellow paint, FOUR rolls of painters tape, and countless leaps from our bedroom doorway to the vent cover to the bathroom door later, I'm done. Kind  of. 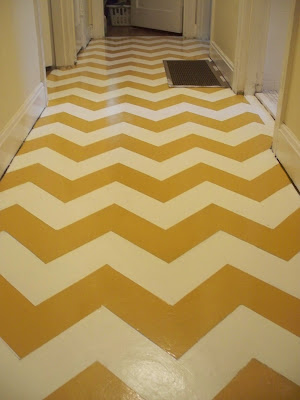 I have lots of touching up to do, I need to paint that return vent white (I think?), I need to coat the whole mess with a layer of polyacrylic or polyurethane or something, AND I need to put quarter round trim on. But the hallway is already so much lighter, brighter, and happier.

And now for some good ol' before-and-after (well, before and during?) action. 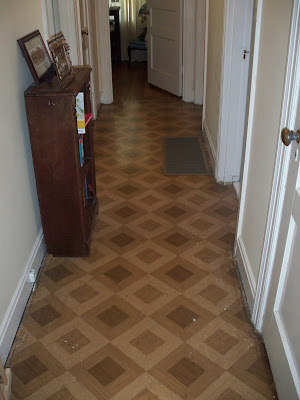 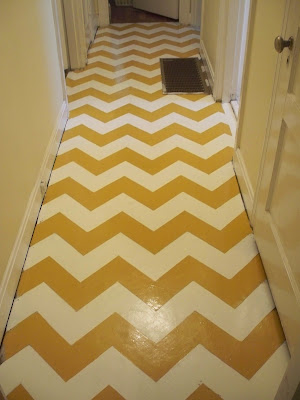 I'm also hoping to get a real, non-prison-issue light fixture and hang some photos and artwork, but let's remember that this part took me a year (well, eight years since we bought the house), so let's be realistic.
Pin It
Posted by Emily at 6:55 AM 18 comments: